I love my hometown of Medan in North Sumatra. It’s the third largest city in the country, but the first best city in Indonesia!

My family heritage is Batak, one of the original indigenous people of North Sumatra, from the Lake Toba region (article coming soon!). So Medan is not just the city I live in, it’s truly my home. 🙂

Medan is the capital of North Sumatra province, with a population of 2.7 million people. It’s a major trading hub for goods and services from other parts of Indonesia and from overseas. And it’s only an hour by air from Singapore, and just 30 minutes from Kuala Lumpur. The city also has a rich history, which includes being a hub for the Dutch East India Company and later part of the Dutch East Indies. It was also occupied by Japan during World War II.

These families put down roots and became part of the local culture. This makes Medan a wonderfully diverse city.

The city really grew out of its role in the Dutch colonial tobacco trade. Indentured labor and abusive practices were common at the plantations back then but there was a positive outcome we can see today. In those days local Malays and Bataks would not work on the plantations, so the company had to bring laborers from overseas. As a result, many Javanese, Chinese, Malays from Malaysia and Indians moved to North Sumatra to work in the fields.

These families put down roots and became part of the local culture. This makes Medan a wonderfully diverse city. And the street food in Medan, shopping in Medan and the interesting mix of museums and historical sites really reflect that.

Historic Sites to See in Medan

Here are just some of the historical sites to see in Medan.

Tjong A Fie Mansion is a historic building that was originally the home of Tjong A Fie, a Chinese-Indonesian businessman and philanthropist. The mansion was completed in 1900 and is one of the oldest surviving buildings in Medan. 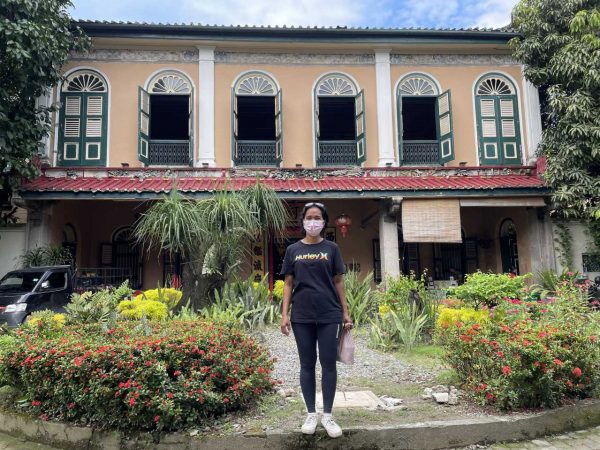 The mansion has been used as a school, hospital, and government office before it became a museum in 1975. It is now one of the most popular tourist attractions in Medan.

This gallery is the namesake of Tjong Yong Hian, the older brother of Tjong A Fie, mentioned above. It is located in the heart of Medan, not far from the mansion.

The gallery is known for exhibitions and collections of both period and contemporary photographs, relics and memorabilia. There is a beautiful garden and pond on the premises as well.

Taman Kebun Bunga Tjong Yong Hian is a public park, located in the center of the city, near the Tjong Yong Hian Gallery. The park was built in 1887 by the Dutch colonists and was originally called “The Garden of the Queen”.

The park has many different types of flowers, trees, and plants, as well as a small pond. There is also a small zoo, with animals such as deer, monkeys, peacocks, birds and more. 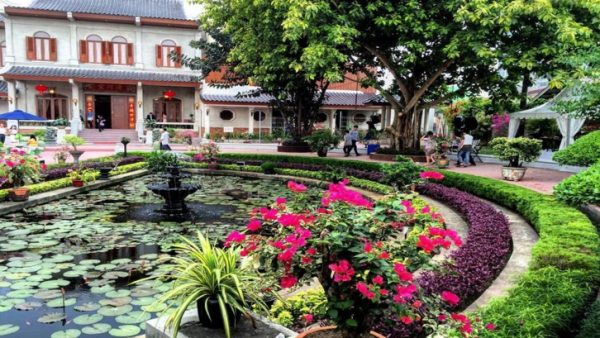 Istana Maimun is a palace, originally built by Sultan Ma’mun Al Rashid Perkasa Alamyah of the Kingdom of Deli in 1881. The name is the Arabic word for “blessing”.

The palace is located on the banks of the Deli River and consists of two floors, with a total area of about 1,000 square meters. While it was the home of the sultan, it was actually designed by Dutch architect Theodoor van Erp.

It is especially popular with visitors to the city because of its interior design which combines Malay, Islamic and Indian architectural and cultural elements, and houses Spanish and Italian furniture and details. It is also the last remaining Melayu palace with all the others having been destroyed in the domestic unrest of 1946. 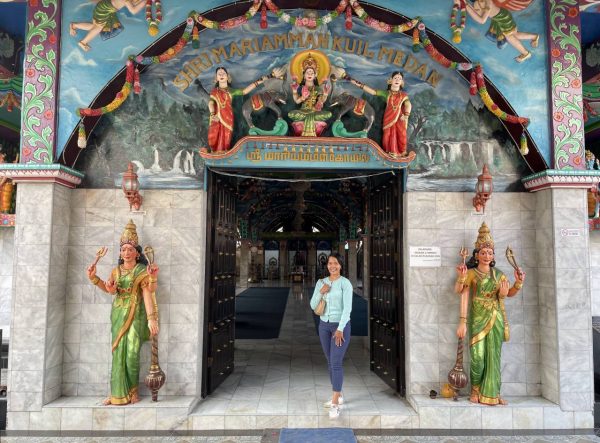 Named for the Goddess Mariamman, the temple is also devoted to her children, the Hindu Gods Ganesha and Murugan. The Goddess Mariamman is believed to have healing powers, to cure or relieve different forms of disease, and outbreaks of severe illnesses. The goddess can also bring rain during times of drought.

The temple is notable in that it reflects a more traditional architectural style of Hindu temples, in contrast to many other such temples in Indonesia, which reflect more Javanese features. It is also located near a large Chinese temple, the Gunung Timur Temple.

The Graha Maria Annai Velangkanni might be the best example of Medan’s great, multi-cultural history. It is not one of the oldest buildings (it was completed in 2005), but this catholic church has a long and interesting history. 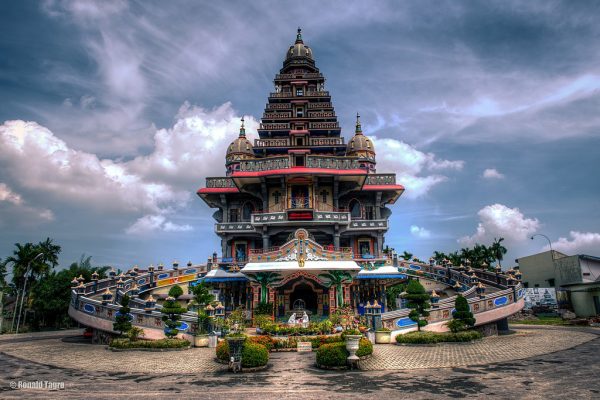 It has its roots in the Tamil community that arrived from India in the 1800s but has a mix of Indo-Mughal architectural styles. At a distance, the Indian and Chinese features on the exterior make it look more like a Tibetan style Buddhist temple. The entrance gate welcomes you with features of the North Sumatra rumah adat, the traditional Batak houses of my people in Toba and Karo. 🙂

The steeple has seven stories, seven being associated with ‘heaven’ in Western, Hindu and Muslim cultures and symbolizing that there is a place for everybody in heaven. The 3 domes represent the Holy Trinity of Christianity but reflect a more Mughal mosque style in design. The interior has even more fascinating features. It’s a must-see for visitors to Medan!

Other Things To Do in Medan

Here are even more things to do in Medan.

Masjid Raya Al-Mashun (Grand Mosque of Medan) was completed in 1909. It was initially part of the Maimun palace complex. The Mosque was first designed by Dutch architect Theodoor van Erp but the architect JA Tingdeman was brought in when Van Erp was sent to Java by the Dutch government for restoration of the Borobudur temple in Central Java.

The Grand Mosque of Medan has a mix of architectural styles combining Middle Eastern, Indian and Spanish influences. It also incorporates building materials like Italian marble and stained glass from France!

The Medan Post Office was built in 1887 and was originally called the Medan Post and Telegraph Office, or “Poste Restante” (“postal station”). The building was designed by Dutch architect Ir. Snuyf and has been used as a post office since its construction in 1911. The post office also includes a stamp collection exhibit. Forget email and messenger, and send an old school postcard back home!

Located in downtown Medan, the Medan Post Office building is near some other important colonial era buildings such as Old City Hall Medan, Maimoon Palace and Tjong A Fie Mansion.

The North Sumatra Museum is a public museum and the largest in North Sumatra. It highlights the cultural heritage of North Sumatra and Indonesia, including arts and crafts of the different ethnic groups of the area.

Lapangan Benteng or Castle Square is a city park that offers a green oasis away from the hustle of Medan. It includes tennis courts and a jogging track, and sometimes hosts concerts and traditional dance displays. If you are staying at a local hotel while visiting, don’t limit yourself to the gym treadmill…get outside!

Merdeka Square is a public square and park in the center of Medan, built in 1954 to commemorate Indonesian independence from Dutch colonial rule. Merdeka Walk is part of the Merdeka Square area and has lots of food stalls and vendors. These include Indonesian food and international fare, coffee shops and other merchants, with both indoor and outdoor seating.

It’s a great place to get a casual meal, relax and watch the people of Medan. 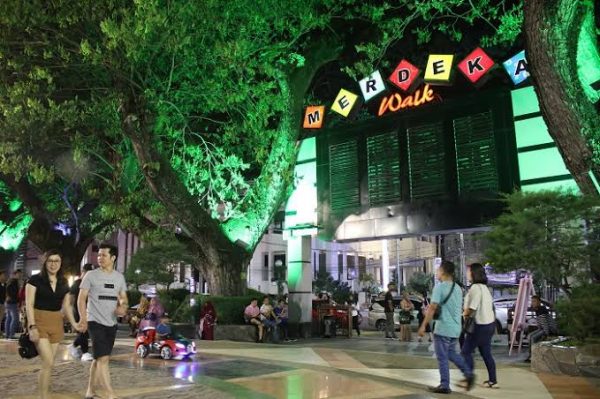 Shop for Books on Titi Gantung

Titi Gantung is a so-called hanging bridge that dates back to the Dutch era, and allos pedestrians to cross the main railway tracks near Medan Train Station. It is also a center for used book sellers. Most of the books sold here are used so you can definitely find bargains, and it’s OK to haggle with the sellers too. 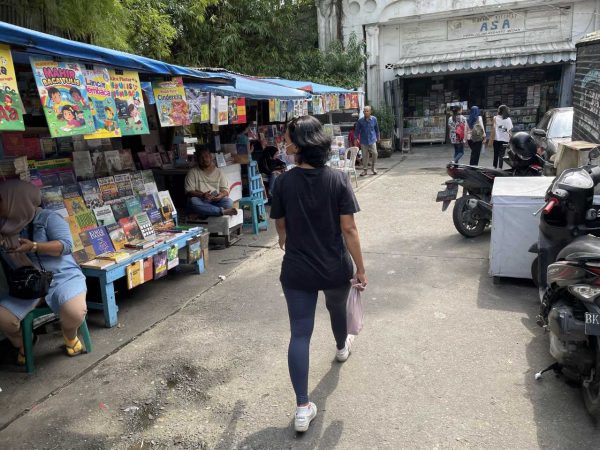 All kinds of books are here, from kids books and textbooks to rare and out of print books. Many sellers have a selection of English language books too, if that is what you are looking for. Titi Gantung is very close to Merdeka Square (where there are also some book sellers). The book traders have been operating in the area for decades, and have been forced to relocate a few times. The pandemic has also brought challenges, but there’s nothing like holding and reading a good book. So if you are in the area, stop by and support these book sellers. 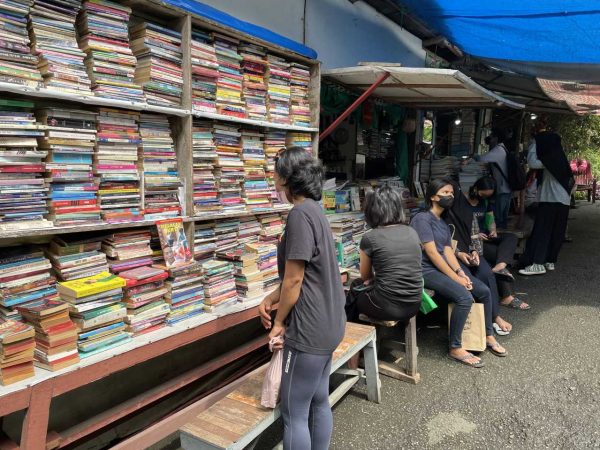 What to Eat in Medan

Medan has great food culture, and the variety reflects the diversity of the local community.

One of Indonesia’s culinary delights is soto, a delicious soup dish consisting of meat, vegetables, and soup base, along with a special blend of herbs and spices. If you want to know how soto is served in North Sumatra, then Soto Kesawan in is a great place to try it.

This place is famous far and wide and loved by locals for its rich, delicious homemade soto. You can get it in different variations, with choices shrimp, beef, chicken, offal and more. And you can mix these for different combinations. This is a good lunch option because they are not open late. They have a few locations in Medan but this is the original.

The menu at Tip-Top Restaurant covers every style, from western to pan-Asia and Indonesian cuisines. They also serve natural, no-preservatives ice cream made from a traditional recipe with Dutch-era machines. Yum!

The cakes are also a specialty. The dining room has a relaxed, vintage feel but it gets crowded at night, so come early if you can.

Cahaya Baru, in the heart of the Kampung Keling area, is one of the best choices in Medan for good, affordable Indian food. They serve large portions at fair prices. They offer vegetarian choices and cater to different dietary needs. There’s also a tea time special. International visitors should take note that there is no English menu. After you have a bite in Medan’s Little India you can visit the Kuil Sri Mariamman (the Sri Mariamman Temple, noted above), about 5 minutes walk away. 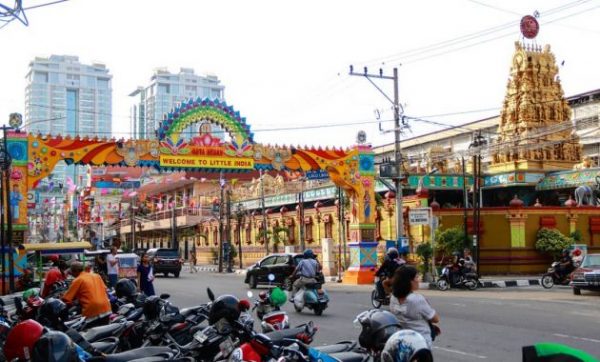 A reflection of North Sumatra’s agricultural history, the PT PP London Sumatra Indonesia (Lonsum) trading company was founded in 1906. This building is a bit of local landmark. It’s walking distance from Tip Top Restaurant (mentioned above). 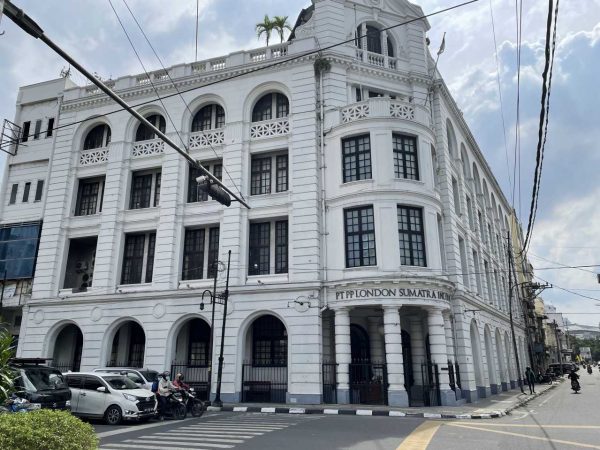 This cool old building architecture can be seen down the street from Tip Top and houses a traditional barber shop and a little cafe. 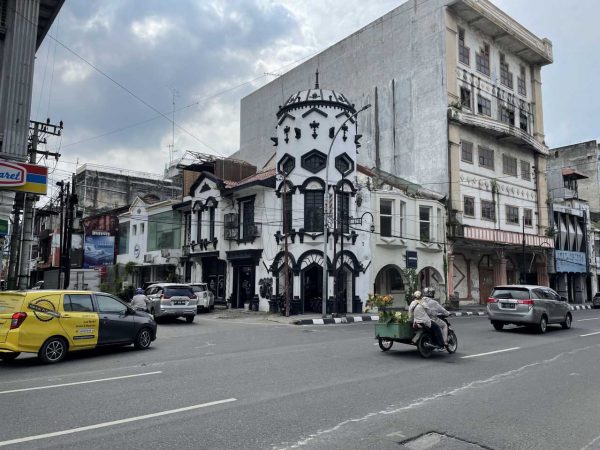 As you can see, Medan is a wonderful place with full of interesting locations and things to do. And this is just a partial list! Come visit Medan and, if you do, then let me know! 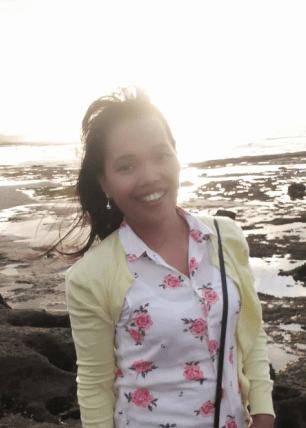 Thank you for stopping by my site!

I am blessed that my work has allowed me to travel throughout Asia, and I look forward to sharing my journey with you. I hope you will come along too! With a little research and planning, and careful budgeting, almost anyone can travel and see the world!

My mission for Mondo AJ and my hope for everyone is Living Well and On a Budget. Join me and follow along on social too! Thank you!

Coming To Our Senses is Available Now!

So proud and happy I could contribute my short story, “More Than She Knew” to the 2019 Hong Kong Writers Circle anthology.I’m so thankful for the help and inspiration of my teacher, Becky Mitchell, and Editor Joy Al-Sofi.

Please support all the great writers in “Coming To Our Senses”!! Check it out on Amazon or buy it locally in Hong Kong, at any Bookazine location.